ONE OF OUR NEW DEVELOPMENTS (Patent Pending)

The first part, the Bulk Density, has to be measured according to EN12580. You can do this by hand, using the cylinder, which is described in EN12580.

A commonly used method to check if the filling of the package is still correct, is to take a filled package from the line, slice it open, determine the bulk density of the soil that is in it, and determine the (net) weight of the soil in that package. 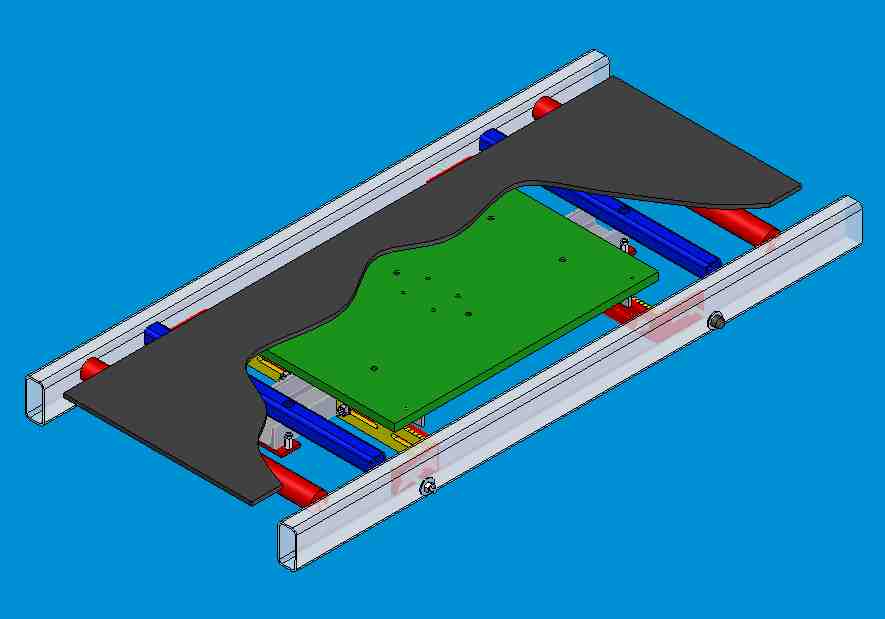 Some producers take one package out of one hundred from their packing line, others one package per 10 or 20 minutes. Again others take three packages from their line every time they want to check, because they experienced that there is a big variety in weight between one package and another.

After the packages are taken from the line and the Bulk Density and weight are determined, the quantity can be calculated. If the filling appears to be incorrect, either too high or too low, the packaging machine is manually adjusted, so that the next packages will comply with the desired filling quantity.

Using this method implies at least two problems. The first one occurs, if the Bulk Density of the soil that you are packing, is changing during the production-run. This causes variations in the filled quantity that can be outside acceptable (or legal) limitations. The changes in this Bulk Density are usually rather slow. The second problem, however, causes much bigger problems. Because growing media in general are not easy to handle for filling machinery, hence the amount of soil put in a package, is far from constant. The variety depends, among others, on the sort of dosing equipment, on the state of maintenance and on the coarseness of your soil. Those two inaccuracies cause differences in the weight of filled packages up to 20 %!! Hence if you take one package from your line, and calculate the quantity that is in it, you could have taken the lightest or the heaviest package to do so!. Any adjustment of your filling machine, will give you not the desired result.

This problem can only be solved, if you can do those checks more frequently. The labour costs of doing such checks on a continuous base are unacceptable high, so this is no solution.

Another way to do more checks, is to do them automatically!!.

To do this, you need to know the bulk density of the packed soil in "real time", and you have to know the weight of every package. This Bulk Density can be determined in an automatic way by using the INADCO DENSIMETER

The net weight of every filled package can be determined by using a weighing installation almost anywhere following your packaging machine. An example of such equipment: the INADCO Quantity-Checker, can be seen in the drawing.

In this way we can calculate the filled quantity in each package.

Because of the variety in the filling of each package, due to the inaccuracy of the packaging machine, it is not desirable to adjust the packaging machine after measuring one package. A better way to do this, is to calculate a moving average of the quantity in the packages, and after this moving average goes outside the limits you put in the recipe, an automatic correction of the settings of the packaging machine could take place. However, we think that no automatic correction should take place, but instead a warming has to go to the operator. He has the expertise to determine whether it is necessary or even possible to adjust the filling of the bags.

In some cases it even is desirable to stop the machinery directly if a package with a content less than for example 90 % of the desired quantity is produced. By doing so, you can prevent such a package from proceeding in the process, and causing big problems when delivered to the customer, or if official checks are done.